Coming In As A Humanistic Jew: A Christian Minister’s Son’s Story

This is a guest post by Dr. Richard D. Logan, Immediate Past President of the Society for Humanistic Judaism. 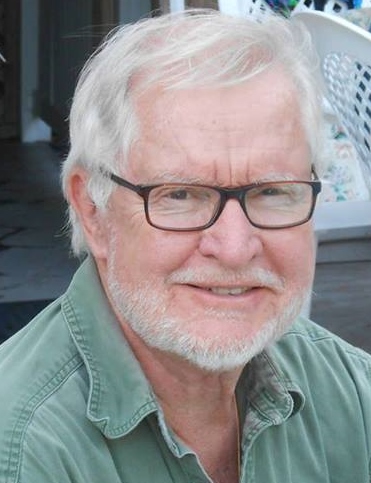 I have experienced a lot of important intersections with Jewish people during my life. Two were especially important and life-changing:  One was having a brilliant visiting English Lit teacher my senior year in public high school in small-town Vermont; from New York City and Jewish, he had taken a sabbatical year from teaching at Horace Mann in New York and come to tiny Waterbury, VT, to experience teaching in a small public school.  For many of us, we had suddenly been dropped inside The Dead Poets Society.  Here was by far the most literate, and the most “intellectual”, and the most nonconforming, teacher we had ever had.   He helped us appreciate great literature and had a talent for explaining, for example, what the distant and mysterious Shakespeare was really saying.  He also assigned The Catcher in the Rye – to the distress of a chunk of the local population. After reading it, a few of us even drove with him to New Hampshire to search for the mythical J.D. Salinger.  We even found the writer’s house, lights on inside, and knocked on the door. We decided it was fitting, even poetic, after the famous recluse did not answer.

Next were my four secular (radical in fact) Jewish roommates in college, all from Stuyvesant High in New York – brilliant, activist, and already impressively educated. They would prove to be a big part of my college education, from dinner table conversations in the dining hall to many late-night bull sessions, to going together to demonstrations and lectures.  Then there were some influential Jewish professors, both in college and grad school — some “famous”, like Lawrence Kohlberg, Bruno Bettelheim, Erika Fromm (not related to Erich), Jerome Bruner, Bernice Neugarten, Erik Erikson — virtually all secular. (Noting here that these professors were Jewish does not mean that their Jewishness was high up in my awareness at the time. Far from it. The primary fact then was that they were great scholars and teachers.)

There were also a few Jewish girlfriends along the way (including one ultimately special one, thoroughly secular too). Later there were some great secular Jewish colleagues in academia, like the late L. Joseph Stone in Child Development at Vassar College, where I taught for a few years early on. He was a wonderful mentor for a young academic.  One of the finest examples I ever knew of an academic who was both rigorous and caring. Among my several Jewish colleagues throughout my later career was a secular social historian who wrote one of the definitive works on Thomas Paine, and another who wrote or edited over a hundred science fiction books.  He became one of the founders of the Science Fiction cable channel, and he was also a genuine authority on the Middle East.  I also had Jewish colleagues in my department who were friends over three decades.  As far as I know, everyone I cite above was secular.

My academic work on the “psychology of survival” also led me into the lives of many remarkable Holocaust survivors, some of whom I interviewed in person, and one Auschwitz survivor I know to this day.  I also read many first-person accounts by Holocaust survivors, and many studies by Jewish scholars. This included of course Viktor Frankl’s giant work, Man’s Search for Meaning.  By extraordinary coincidence, when I was five and six, our family had had a German Jewish doctor room with us in Dannemora, NY.  Dr.  Paul (aka Fritz) Laband, lived with us for a year and a half.  I knew early on that he had survived a Japanese concentration camp in North Borneo for three years in WW II,  and that he had played a heroic lifesaving role. He even appears in Agnes Keith’s documentary book Three Came Home (1948; Little Brown).  It was only a few years ago, after finally reaching some of his relatives here in the US after years of trying, that I learned an astonishing fact:  He had also been imprisoned in Germany in Buchenwald in 1938.  At that time, it was still possible to pay a ransom for one’s freedom, and his family did.  In 2018, when Carol and I were in Jerusalem for our 50th wedding anniversary, I actually held a copy of Dr. Laband’s Buchenwald records in my hand in the research library at Yad Vashem.  The staff there at the time told me that he was the first German Jew they had learned of who had been in both Nazi and Japanese concentration camps.

It is interesting that at the time I began to study the psychology of solitary ordeals around 1980 or so, I was not consciously remembering Dr. Laband at all. It was only some years into my research that I thought to try to locate members of his family and learn what had become of him.  I learned he lived until 1983, and had been a U.S. Army surgeon, even operating on Pres. Eisenhower in the 1950’s.

Finally, I have to mention a woman who became a colleague, friend, and mentor in the early 1990’s in Kenya.  She introduced me to the world of NGO’s, in which she was a giant, and a legend.  A refugee from Nazi Romania, Erica Mann had already worked in Kenya for half a century when I met her; in urban planning at first, but then she became a leading champion of women’s cooperatives, and through her NGO, the “Council for Human Ecology – Kenya”, had organized some of the largest and most successful cooperatives in all of Kenya.  She, better than anyone I ever met, personified tikkun olam; it literally defined her entire life.  Further, in the 1950’s and 1960’s, she and her husband Dr. Igor Mann were an important part of the circle of intellectuals who advised Kenya’s independence activists.  They knew everyone, and their house was the salon for decades where Kenyan intellectuals gathered. And the legendary young leader Tom Mboya was a close friend.

I never knew anyone else in my life who, just by themselves, made a bigger difference in the world for the good than Erica Mann.  Even though neither she nor I had ever heard of Humanistic Judaism at the time, she was a Humanistic Jew if there ever was one. (She went to the Nairobi synagogue once a year, because she loved to hear Kol Nidre.) She is at the top of my list of personal heroes.

Two other important things stand out in my “Coming In” story:

First, I realized early in my adult life that I was a thoroughgoing Humanist. I had become thoroughly non-religious, even though I was raised in the Methodist Church and my father was a minister, and my grandfather too.  Although a man of faith, my Phi Beta Kappa father was as much an intellectual as he was a believer, and he and my mother taught me to question.  (P.S. My father never once wore his PBK pin.) And my mother was a rebel (which is a big story in itself). Even in high school I was very aware that the church experience for me was a matter of going through the motions.  As a college student, I majored in anthropology and learned of course that people around the world and through history have believed many different things about god(s).  Obviously, at most, only one of the long roster of religions could be right. Plus, it was obvious that human beings, in adapting to the environments they live in, and in carrying on their cultural traditions, make the human world what it is.  People may believe that there can be supernatural intervention, but no anthropologist that I know of ever found direct evidence of it.

As an academic, I also got to know Humanistic Psychology, first as a graduate student and then professor in interdisciplinary Human Development, where I taught Theories of Personality.  Humanistic Psychology, of course, had many important (secular) Jewish contributors to its body of theory — Viktor Frankl, Abraham Maslow, and many others.  Humanistic Psychology is predicated on the idea that human beings are active knowers of the world and not just products of it.  In its view, human beings have minds, are selves, and are conscious. This of course is Humanistic Psychology’s way of placing the capacity to reason front and center as a human attribute.  It follows that they also honor the individual’s personal experience of the world as phenomenally real to them, instead of discarding it as merely “subjective”.

Second, over time I became more aware of how strongly I was drawn to Judaism, but not the religion.  It was entirely to Jewish culture. I can trace this back in a conscious way to what I saw personified in my secular Jewish roommates. However, I did develop strong respect for several rabbis I got to know as a young husband and father with a Jewish wife and kids. (For a number of years we belonged to a Conservative congregation and took courses in Judaism from its brilliant rabbi — a great friend to this day. In more recent years, my wife and I also belonged to a Reform temple.)  Partly because I was a student of culture, a lot in Jewish culture intrigued me — the valuing of the scholarly/intellectual life, the tradition of standing for social justice for all, the fostering of a strong “verbal identity” (Erik Erikson’s direct quote), the courage to question and speak out despite being marginal, the long tradition of debate (or argument if you wish), the wisdom behind the B Mitzvah rite of passage as a foundation helping children grow into adulthood. And there are many great things about the Jewish table — especially the conversations qua vigorous debates over meals. I experienced the familial table through my roommates’ NYC families and through my wife’s many Jewish Chicago relatives (all secular too); but there was also the familial-ceremonial table at Seder times, and also congregationally, the ceremonial tables at “Break-the-Fast” and at many other of our local SHJ community’s potluck times.

But the strongest attraction by far, and a lot of the above does speak to this,  was to the long, deep, and broad sweep of Jewish intellectual history, a significant force for the good through the history of the Western world; and of course it has major expression in academia.  As an academic committed to a life of inquiry, it was natural for me to be intrigued by that same strong feature of Jewish culture, and to become a great admirer of the courage and smarts of Baruch Spinoza many years ago, of Sherwin Wine more recently, of a great many Jews right now, and of course, many others along the way.

So, when Carol discovered the Society for Humanistic Judaism community of Or Emet in the Twin Cities seventeen years ago, and we found that it was a warm, caring, committed — and smart – community that celebrated both humanism and Jewish culture, it all came together.