Drawing on Seniors’ Perspectives for Support in Difficult Times 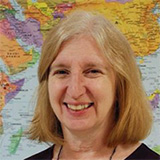 Eva Shankman grew up in Budapest Hungary, born during World War II in 1941.  Her father went to a Nazi labor camp the following year, and likely only survived the harsh winter because his gangrene toes led him to be sent back to Hungary for amputation.  Somehow, he stayed home after that.

The Russians and the Nazis were the duel threats of those years, but it was the Hungarian Revolution in 1956, followed immediately by a Russian takeover, that led Eva’s parents to flee with her to Vienna. Her mother was determined to get to the U.S. and spoke English fluently, but that was not to be.  She suffered and died of ovarian cancer while teenage Eva and her dad tended her. Dad had actually just published a very popular Hungarian song and would have gone back to Hungary, but knew his wife wished a U.S. life for Eva. They could only get a visa into Canada in 1958, then waited for admission to the U.S. through relatives there.

Eva wanted to have a family of her own, so meeting Bert Shankman in Cleveland led to a wonderful courtship while they both attended college.  In 1964 she got citizenship, graduated Kent State University, and married Bert! She is now very close to her two sons and their families.

Eva shared her views as one of ten women (OK, a minyan) checking in at the May meeting of Women in Transition (WITs), which is Machar’s women’s Shabbat group. They were then meeting with separate dinners and types of wine, on Zoom, due to the COVID-19 quarantine.  Long-term members and newcomers find a home in this female community club. Eva Shankman is in the bottom left square of the Zoom screen grab above.

The Women in Transition have experienced many life transitions, and members worried about Eva’s newest change. It was her first return to the group after the death of her beloved Bert, husband of 55 years. When it was her turn to check in, she said, “I’m OK,” in such a positive way. “I miss Bert so much, especially now, staying at home, but I’m OK.” Her matter-of-fact way of addressing life head on was so apparent.  She knew how life could be much more difficult.

Thank you, Eva, for powerful perspectives. It was good to be together!

My Journey to Humanistic Judaism
Jewish New Year for Animals