This article was published in the Spring 2020 Issue of Humanistic Judaism Magazine. It was written by Dave Berman, itinerant software engineer who chose to retire in Boulder, CO to be near family, to enjoy his favorite activities of hiking and bike riding in the mountains, and to write.

At the ripe old age of nine or so, I began reading literature about the Holocaust. I mentioned to my parents that I was glad I wasn’t Jewish. My parents immediately had a little chat with me and I was whipped off to shul to learn my alef, bet, gimel…, where I heard the words Bar Mitzvah for the first time and asked if it was good to eat. The consequence of which I fail to remember, probably for good reason. This Jewish education lasted for several months then was suddenly terminated for two reasons. The first 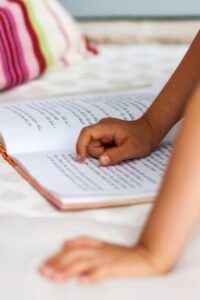 being my parents discovered Unitarianism. I was immediately enrolled in the Unitarian Liberal Religious Youth program (LRY). A bit later, I overheard my parents discussing the communist connections of the shul. So, in 1955 I began my eight-year education in Unitarianism. The LRY education grounded me in Humanistic values with an ambiguous Christian overlay. Of note, the minister of the Unitarian Church at that time traditionally exchanged pulpits with the rabbi of the local Reformed Jewish Synagogue every Thanksgiving.

After I graduated high school, I identified as a secular Jew and started my 40-year sojourn of religious non-alignment, with occasional stops at an oasis of Unitarianism due to a marriage and attending services for the deaths of my Unitarian parents. There were also several notable bumps of Jewish tribalism (or dips as the case may be) along the way. My journey led me to West Newton, MA for four years. My Jewish landlord, who had a degree in Religion from Brandeis and drove his own cab for a living, mentioned that Jews were smarter than everyone else citing, Marx, Freud, and Einstein. My wife quickly replied that the gangsters Mickey Cohen, Meyer Lansky, and Dutch Schultz were also members of that tribe. Another bump occurred while living in Minnetonka, MN. I was in a handball league and my competitor quickly recognized my Jewish heritage due to my Semitic look and last name. He asked if I were “a member of the tribe.” I responded that I indeed had Jewish heritage. It took him all of 30 seconds to become my best buddy and invite me to join his Jewish Community. During the course of our game, he mentioned that he was feeling bad about his best friend of 20 years. He was suing him over a financial transaction that had gone bad. So much for being a member of the tribe.

Fast forward, I am retired and pondering the question of how I want to spend my remaining years. I have a burning desire to live near the mountains and hike and bike to the limits of exhaustion. I chose to leave my life in Silicon Valley and build a new one in Boulder, CO, where my sister lives.

I arrived in Boulder in December 2017 and I was greeted by my sister, a Jewish Renewal devotee. She invited me to live in her home until I was settled. She is a talented singer and flute player and she invited me to the Jewish Community Center for several musical shows, some in which she participated. It was the first time in my adult life that I was surrounded  by Jews. My feelings surprised me. I had a sense of joy and pride that came from being a member of this Jewish community, celebrating the music of the many fine Jewish songwriters and lyricists from our past. My sister set me up with a Jewish Realtor to 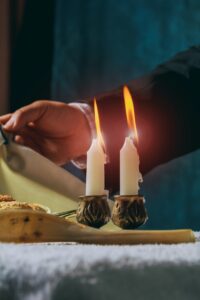 buy a home. And for the hell of it, I joined JDate. Having never dated a Jewish woman before, I was curious. At the invitation of my sister I attended a Seder and several Shabbat services. I was, by circumstance, now engaged in Jewish life.

Judaism was to me one of three sects: Orthodox, Conservative, or Reform. I had a fairly good idea of their differences and I was clearly none of the above. I am Agnostic in my belief in a higher being. As I talked with my sister, I came to understand that her interest in Jewish Renewal came from her affinity for the rabbi and the rabbi’s liberal stance.

I discovered that there were several more Jewish sects in Boulder. I let it go. It was too confusing and not a priority for me. What I felt was a strong need to explore my Jewish heritage, history, and culture as I began to identify more strongly as a Jew.

As luck would have it, I am matched with Arlene via JDate. After a few hits and misses, we build a relationship. I mention my desire to visit Israel. We schedule a trip. She shares with me her membership in Beth Ami and Humanistic Judaism. I attend several Shabbats with her. The lively conversation at Beth Ami, the alignment of its Humanistic Judaism values with mine, and my emerging need for Jewish community appeal to me. I may have finally entered the Promised Land.