This is a reflection from Greg Epstein who has been name the new chief Chaplain at Harvard. See article by Emma Goldberg at “The New York Times” August 26, 2021. 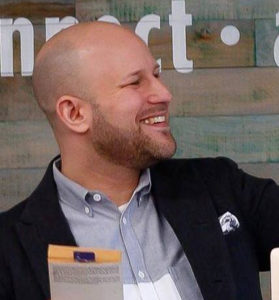 Twenty-one years and a few weeks ago, I met a man named Sherwin T. Wine, leader of a large congregation of secular humanistic Jews in suburban Detroit, near where I’d recently graduated from college. I was a good student my first three years at Michigan; I loved my classes as a religion and Chinese major. But academically, I’d kind of fallen apart by my senior year, even dropping out for a semester, unable to study. I couldn’t imagine what to do with my life. I felt desperate and ashamed. The day I met Sherwin, I saw his radical honesty and passion for knowledge, and what I ultimately learned was his enormous compassion for fellow human beings, even if I’m not sure he ever fully extended the same compassion to himself. I sensed I’d found my career, though I knew that becoming clergy for atheists and agnostics, a field in which almost literally zero paying jobs were available at the time, would be a challenging road. Yesterday, I met with the Office of the President of Harvard University, to begin my work as the president of the Harvard Chaplains. I still don’t know what to say about all I felt in that moment: to be representing my religious chaplain colleagues, all of whom I respect and many of whom I have come to truly love, as friends, over 17 years, while also representing generations of humanists and secular people. In particular I saw myself as representing colleagues like Sherwin, who’ve pursued lives of deep meaning and purpose but have often been told they don’t fully belong, within deeply religious circles of this deeply religious country. There were moments where my emotions — joy to be there; fear I could never know enough to fill a role that brings responsibility to so many; sadness and anger for countless others who would never get to experience a moment of uplift like mine, their lives cut short by tragedy and injustice (*I know,* but the thought actually came to me in the moment and I had to snap myself out of it and get on with the meeting!) — it all felt so overwhelming I wasn’t sure my brain would keep functioning. But it did. When you have a busy, untidy mind like I do, I’m glad to report you can eventually learn to just keep breathing. Especially in these times, I want to say how grateful I am to be the son of a child refugee. My mom came to the U.S. from Cuba on 2 days notice, by herself, with nothing, separated from her family for multiple years because of US immigration policies. My dad never graduated college, and not in the Gates/Zuckerberg mode, either. He struggled. Too many of us do. But we’re all going to need each other, to face existential threats like COVID and climate change, in an era of infectious disinformation and addictive tech. Regardless of our beliefs, we need to place faith in each other. Last thought for now: Sherwin Wine was profiled as ‘The Atheist Rabbi’ by TIME Magazine in the 1960’s, launching his brilliant career. It’s a huge honor to share this profile of my work in today’s The New York Times.