Reflection on SHJ’s Mission from a Life-Long Humanistic Jew

This is a guest post by SHJ Board Member Libby Otto. To begin our meetings a Board Member is asked to reflect on SHJ’s mission statement. This is Libby’s reflection.

I was raised by a former SHJ board member so I’ve been lucky to have 23 years of experience with Humanistic Judaism, seven and a half of which has been as a member of the board (nearly one-third of my life). I will admit that relatively little of that time has been spent considering the SHJ mission but writing this reflection has provided me an opportunity to consider not just what I can do for others on the SHJ board, but what it has meant to me, and why I’m so dedicated to this work. 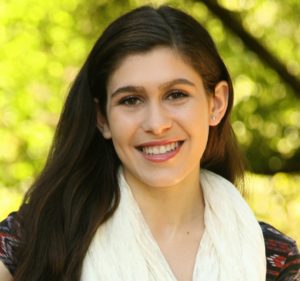 As I was reminded (very recently), the mission reads as such:

The Society for Humanistic Judaism inspires, organizes, and advocates for secular individuals and congregations to celebrate Jewish identity and culture independent of supernatural authority and aligned with the values of Humanistic Judaism.

There are a lot of important pieces to the mission, but I want to focus on two words, ‘inspire’ and ‘advocate.’ Growing up as a self identifying Humanistic Jew was not always easy. In my primarily Christian elementary school, I was scorned for being both Jewish and atheist, while in traditional Jewish spaces I often felt not Jewish enough. I was fortunate to have a space to learn, grow, and share in my local community, the Secular Jewish Circle of Puget Sound, and by extension SHJ. With the knowledge I gained from my experiences in Sunday school and the HuJews (SHJ’s youth group) Conclave, and the meaning I found in rituals, holidays, and community, I was inspired and empowered to advocate for myself and my Jewish needs.

What did this look like you might ask? On occasion, it meant making friends cry by telling them that God doesn’t exist. But more often this meant requesting that the Jewish camp I attended allow me to make services more personally meaningful by sitting apart to read the prayers line by line and understand how they could be interpreted without god, or ensuring that my college Hillel ran at least one secular Shabbat a year. And when I felt that I was not getting as much as I had hoped from my home community, this meant planning and leading services and identifying new rituals that were important to me. In short, I was inspired and empowered to make my Judaism my own.

It is this feeling of opportunity and freedom to grow that brings me back year after year. There is nothing more important that I can do for fellow secular youth than to create an atmosphere that allows for meaningful exploration, self-advocacy, and community. It is through this work that SHJ is creating a world where Secular Jews are better equipped and motivated to live authentically, and to find meaning in their Jewish experience.