This article was published in the Spring 2018 Issue of Humanistic Judaism Magazine. It was written by William Thompson, an independent member of SHJ now living in Tennessee with his husband Josh.

I have spent most of my life feeling different, on the boundary of whatever groups I have been a part of, as though I were in two different worlds at all times. In Jewish spaces, I am a convert and a humanist. In gay spaces, I am a Jew. In the little town in South Carolina where I live, I am the Jewish, humanist, gay, married, vegetarian liberal. Nearly every aspect of who I am reminds me of how I differ from the majority wherever I am. 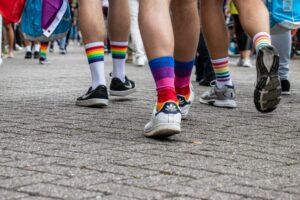 This feeling of difference can be traced back to my struggles with my sexuality. I was raised in a moderately religious Southern Baptist family. Once I accepted the fact of my sexuality and that there was no way to change my situation, I began to question the religion that, up to that point, I had believed more or less without question. If the church and the Bible were wrong about my sexual orientation, what else were they wrong about? Being the bookworm that I am, this led me to begin studying comparative religion, theology, and philosophy. (I remain thankful to my high school library for giving me the resources I needed to begin that intellectual journey.)

I realized rather early on that traditional beliefs in God and the supernatural were irrational and did not hold up under scrutiny. I attempted to hold on to these beliefs for as long as I could, attempting to find some clever theological system that made belief in God somewhat rationally acceptable, as in the works of Paul Tillich, Mordecai Kaplan, and Harold Schulweis. But any system which I could accept was abstract and removed from the beliefs of most religious doctrines that taught about a personal God who was interested in the lives of his followers and even intervened in the universe. The more I studied, the more I realized that I could not believe in anything worthy of the title God, i.e., a supernatural Creator, all-powerful and all- knowing, who may occasionally intervene in human affairs or give commandments that we must follow.

During my conversion through the Reform movement, I followed the Reconstructionist approach to the prayer service. I tried 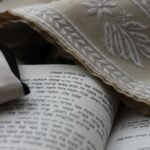 to remind myself that the words on the page meant something other than their plain meaning. For example, “God” was not actually a person, but rather all the forces that make life possible and meaningful. Luckily, the synagogue used a lot of Hebrew that I did not fully understand, which allowed me to lose myself in the chanting, and some of the “alternative” English readings in the siddur were fully humanistic. Even luckier still, I eventually found my way to the Society for Humanistic Judaism.

While my struggles with God created problems for my participation in the prayer service, my ethical commitment to vegetarianism frequently made my participation in other aspects of synagogue life difficult. For example, I cannot attend the second-night Seders at the Reform synagogue near me: they are catered with a set menu and heavily feature meat dishes. While the synagogue, understandably, goes out of its way to accommodate kosher congregants, no other dietary restrictions are taken into consideration. This has the effect of excluding many congregants who might otherwise attend.

Luckily, I have never had a problem with my sexual orientation in a synagogue setting. Most Reform congregations I have been to are welcoming and supportive of LGBTQ people. However, my status as a convert was something that always differentiated me from others. This was usually not malicious in nature, but it had the effect of demonstrating to me that I was not considered to be “really” Jewish. For example, during a Jewish cultural festival hosted by the temple, a Chabadnik was asking different men if they would like to put on tefillin. Having never worn tefillin, I approached his table, and we started talking. He asked me some questions about my background and then abruptly dismissed me after deciding that I was not a Jew. On another occasion, a fellow congregant I was quite fond of answered someone’s question to me (“are you Jewish?”) with “Oh, he’s a convert.”

This phenomenon is not restricted simply to synagogue settings. Frequently, books or articles about Judaism or Jewishness assume that all Jews were born and raised Jewish with completely Jewish families. Rarely, if ever, do they take into account that many people convert or are descendants of converts and have families and traditions that are non-Jewish. 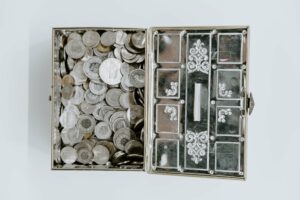 One last aspect of involvement in the community can be troublesome, and that is money. As someone who makes less than $20,000 per year, money is always a struggle for me — but synagogues need money to function. Unfortunately, the dues structure can frequently come across as exclusionary toward those who cannot afford to make large donations, pay expensive membership dues, host an oneg Shabbat, or pay for children’s Hebrew school. If Jewish communities do not take into account the struggles of the poor and actively seek to include them, synagogues will continue to remain primarily middle- and upper-class institutions with little relevance to the lives of the many Jews who cannot afford access.

Although most of my struggles with congregational life are minor, my intersecting identities can often make my participation in the community difficult or uncomfortable. I cannot imagine what it is like for people of color in majority white synagogues, single parents, childless couples or individuals, the disabled, or transgender people. What would it look like for a Jewish community to actively seek to include as many people as possible and expand the circle of privilege to all who wish to join?

Words matter: How we can use language to respect diversity
Torah-less B Mitzvah