For those who do not hold prior religious assumptions, it is not hard to conclude that the Torah is, in all likelihood, ancient myth rather than accurate history. Perhaps some of the Torah’s stories have historical kernels behind them, and some of its laws may well have governed ancient Israelite life at certain points, but for many reasons, it is doubtful that the Torah’s narrative storyline possesses what scholars call “historicity” – that the events described in the text actually occurred as described. Unlike certain later parts of the Hebrew Bible, which also include the Prophets and Writings, there is essentially no archeological evidence supporting the Torah’s narrative. Even more basically, the Torah’s storyline involves numerous supernatural acts, such as God creating the world in six days (contradicted by modern science), God sending the angel of death to smite all of Egypt’s firstborn in a single night, the Earth opening to swallow a group that rebelled against Moses, and a donkey who speaks. There are other reasons to be skeptical of the Torah’s historicity as well, such as parallels between parts of the Torah and ancient texts from other cultures, the mythic naming of characters, and, quite significantly, insights from the scholarly field of biblical criticism indicating that Torah was very likely redacted from multiple antecedent sources.

The question then arises, “So what?” What difference does it make if the text is at root ancient myth rather than history? There are many ramifications, both for Judaism and for our world in general. Such ramifications range from religious matters of observance, belief (e.g., theology), liturgy, and scriptural interpretation to contemporary policy debates throughout our world, especially but not exclusively within the State of Israel. Must a Jew observe the Sabbath? Should capital punishment be legal? Should insurers pay for transgender medical treatment? Many look to the Bible to answer such questions. As the religions of Judaism, Christianity, and to a lesser extent Islam, were built atop the Torah (e.g., Christian Bibles start with the Pentateuch), it is not surprising that whether the events the Torah describes happened does matter, both for Judaism and for our world as a whole.

I cannot here examine at length the many ways the Torah’s historicity makes a difference (in a book I am now writing, If the Bible is Fiction, I take on that task), rather let me describe what I would call the two great, intellectual mistakes that arise if the Torah is at root fictional rather than factual: the first is taking the Torah as literally true, the second is dismissing the Torah as merely myth. 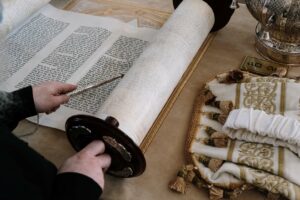 If the Torah is myth, what is wrong with treating it as literally true? There are many issues. The Torah is replete with purported instructions from God about what the Israelites were and were not supposed to do. Some of those instructions may be admirable, such as “thou shalt not murder” or “thou shalt not steal.” However, other laws in the Torah, such as “a man shall not lie with a man as with a woman; it is an abomination” or the requirement that boys must be circumcised eight days after birth, we may wish to reject, believing that ethics requires marriage equality for same-sex couples and a person’s right to control their own body. If one takes the Torah as literally true, addressing such commandments becomes much more, and unnecessarily, difficult.

Admittedly, Jewish law over the ages evolved to obviate certain biblical norms that many found offensive. For example, although the Bible clearly permits slavery, polygamy, and parents being allowed to have a “rebellious son” put to death, in time Judaism eventually dropped these teachings. Still, believing the Torah to be historically true makes deviating from its norms much more difficult.

In modern Israel, the question of the Torah’s historicity takes on particular urgency. Will Israel become a theocracy ruled by Jewish law or will it be a liberal democracy? There have been and continue to be many calls for the former, particularly among Israel’s Orthodox and ultra-Orthodox communities. Some of the issues implicated are “small,” such as whether buses will be permitted to run on Shabbat (since the sparks generated by an engine are understood to violate the biblical prohibition against kindling fires on Shabbat), but others are more significant, such as whether same-sex marriage will be legal within Israel. Currently, gay and lesbian Israeli couples must go abroad to be married and subsequently seek to have their union recognized within Israel as a marriage authorized by a foreign country. The same applies to interfaith couples in Israel too. A Jew cannot legally marry a Christian or a Muslim within Israel. They, too, must go abroad to be married and subsequently seek recognition for their union.

The issue of the Torah’s historicity also plays a significant role in debates over land rights in the Israeli-Palestinian conflict. Consider, for example, an argument made in 2019 by Israel’s then-ambassador to the United Nations Danny Danon concerning disputed Jewish settlements in the West Bank. With a Hebrew Bible raised aloft, Danon declared before that assembly that, “This is our deed to our land.” As he explained:

From the book of Genesis; to the Jewish exodus from Egypt; to receiving the Torah on Mount Sinai; to the gates of Canaan; and to the realization of God’s covenant in the Holy Land of Israel; the Bible paints a consistent picture. The entire history of our people, and our connection to Eretz Yisrael [The Land of Israel], begins right here.

Danon also offered non-biblical arguments related to history, law, and security to buttress Israel’s claim of right to the land. But a core piece of Danon’s argument supporting Israel’s claim to that land – an argument common within the settler movement – was biblical: God gave this land to the Jews. And how does one know this? Because the Torah so asserts.

The second great intellectual mistake – a mistake I believe more significant for the liberal branches of Judaism, including Humanistic Judaism – is dismissing the Torah as “just” myth. What do I mean by this? Some people think, 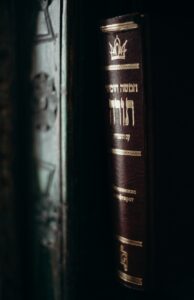 “Why should I bother reading a book that is in all likelihood false, a book that among other things condones slavery, treats women as second-class beings, embraces violence and war, and promotes ethnocentrism?” Indeed, for atheists and agnostics, reading the Torah can be particularly taxing, and many will ask, “If I don’t believe that God exists, or if I am doubtful that God exists, why should I spend my time reading an ancient fantasy that posits that God does exist?”

Consider two points in response. First, myths can contain important insights into life. Recall the Greek myth of Pandora and her box. The gods gave the first woman, Pandora, a box but instructed her to keep it closed. Curiosity got the better of her, however, and Pandora opened the box, thereby releasing upon the world all forms of misery and evil. Fortunately, the box did also contain one good thing: hope. One need not believe the tale to be historically true to appreciate its moral, that hope is critical if we are to carry on amidst life’s difficulties. So, too, one need not believe that God created the world in six days and rested on the seventh to appreciate its lesson about the importance of rest.

Second, Judaism was in many respects built atop the Torah. Jewish practices such as Sabbath observance (mandated, of course, in the Torah) and Jewish values such as the preciousness of human life and the equality of all people trace back to the Torah. For example, based on the Torah’s description of the first person, Adam, being created “in God’s image,” the Mishnaic rabbis (c. 200 CE) argued that each human life was unique, precious, and of equal value. Simply put, one cannot understand the evolution of Jewish civilization over the millennia without understanding the Torah.

The late Israeli writer Amos Oz and his daughter Fania Oz-Salzberger once claimed that, “Ours is not a blood line but a text line.” That statement oversimplifies things a bit, for other factors (e.g., praxis) have been central to Jewish civilization’s survival too. But their basic insight is correct. Texts have been critical to the development of Jewish civilization, and no text has been more critical than the Torah.

What are we to do if we see Torah as ancient myth rather than accurate history? The answer is simple. We should not read it literally, but we should read it, and read it seriously