Home About Us SHJ Staff 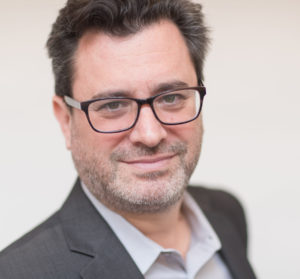 Paul Golin, Executive Director
Paul Golin is executive director of the Society for Humanistic Judaism. For nearly two decades, Paul has helped Jewish organizations and movements better understand the key trends affecting North American Jewry, including intermarriage, engagement, disaffiliation, and inclusion. Paul’s writing has appeared in the Forward, the New York Jewish Week, Tablet, and elsewhere. He co-authored the books: 20 Things for Grandparents of Interfaith Grandchildren To Do (And Not Do) To Nurture Jewish Identity In Their Grandchildren (2007) and How To Raise Jewish Children…Even When You’re Not Jewish Yourself (2010). Paul previously served as associate executive director of Big Tent Judaism/Jewish Outreach Institute where he helped pioneer and refine effective engagement techniques. Paul is the white Ashkenazi half of a “Jewpanese” (Jewish/Japanese) Jewish multiracial household. He maintains the Jewpanese page on Facebook and tweets sporadically at @paulgolin.  Click here to reach Paul by email. 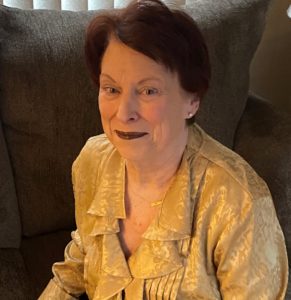 Miriam Jerris, Rabbi
Rabbi Miriam Jerris has been a member of the Society for Humanistic Judaism and the Congregation for Humanistic Judaism of Metro Detroit and committed to its philosophic principles since 1970. As the Rabbi of the Society for Humanistic Judaism, she provides philosophic, liturgical, ceremonial and organizational support for its affiliates and members. Rabbi Jerris is the co-editor of the liturgical book, Here is Our Light. She is the 2006 recipient of the Sherwin T. Wine Lifetime Achievement Award.  She is a former president of the Association of Humanistic Rabbis, the rabbinic association for Humanistic rabbis. Rabbi Jerris holds a Ph.D. in Jewish Studies with a specialization in Pastoral Counseling from Union Institute & University in Cincinnati, Ohio, a Master’s Degrees in Near Eastern Studies from the University of Michigan, and a Master’s Degree in Humanistic and Clinical Psychology from the Michigan School of Professional Psychology. She was ordained by the International Institute for Secular Humanistic Judaism in 2001 and is the Associate Professor for Professional Development, serving as a mentor for its students. Rabbi Jerris specializes in serving multicultural families and couples, and has officiated at intermarriage ceremonies since 1985. Click here to email Rabbi Jerris. 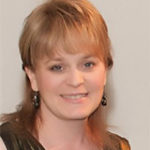 Jennifer Grodsky, Information Manager
Jennifer Grodsky holds a Master’s of Public Administration from the University of Michigan (Dearborn), and a Bachelor’s in Human Resource Development. She has been with SHJ since 2006. Jennifer is a member of the Congregation for Humanistic Judaism of Metro Detroit, SHJ’s founding congregation. She and her late husband taught in the BT school and their daughters celebrated Bat Mitzvahs there. Married by Rabbi Sherwin Wine in the early 1990s, Jennifer and her family have been long term members and supporters of Humanistic Judaism. Click here to email Jennifer. 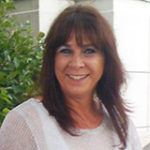 Kathy Tschirhart, Administrative Assistant
Kathy Tschirhart is the administrative assistant of the Society for Humanistic Judaism and very happy at SHJ. Kathy graduated with a Bachelor’s of Science Degree in Occupational Safety and Health from Oakland University in Rochester, MI. Click here to reach Kathy by email.  She will gladly assist you.

Daphne R, Development Associate
Daphne specializes in grant acquisition and development for the Society for Humanistic Judaism. She holds a PhD in history from UCLA, where she specialized in the history of medicine, society, and culture. After completing her doctorate, she worked as a full-time historian and researcher at the Max Planck Institute. She is very interested in the relationships between community and advocacy, rituals and practices, and belief and identity both in the past and present. Click here to email Daphne.

James M. Branum, Humanistic Judaism Magazine
James M. Branum is a member of the SHJ and of Temple B’nai Israel (a reform synagogue in Oklahoma City).  His initiation into Judaism came by way of the SHJ’s adoption/conversion program. He is a peace activist and brings that intention to his work as an attorney, seeking to assist members of the US military who are seeking to be discharged early due to reasons of conscience. He is also the author of several articles and two books on progressive legal issues. His educational background include a J.D. from Oklahoma City University School of Law, a bachelor’s degree in theology from Lipscomb University-Austin, and certificates from Anabaptist Mennonite Biblical Seminary and Darshan Yeshiva. He is a member of the National Lawyers-Guild and the Democratic Socialists of America and is a proud step-dad to a teenage son. He loves bicycling, lego building, organic gardening and ham radio (callsign KG5JST).  Click here to email James.

Sarah Levin, Strategy Director, Jews for a Secular Democracy (JFASD)
Sarah Levin is the founder and principal of Secular Strategies, a political consulting firm specializing in the mobilization of nonreligious voters and advocating for secularism in public policy. She worked for the Secular Coalition for America from 2013 through 2019 in various roles, including Director of Grassroots and Community Programs and Director of Governmental Affairs. In 2016, she facilitated the establishment of the first ever Secular Caucus in the Texas Democratic Party and worked with secular Democrats to get three secular policy resolutions incorporated into the party’s platform. Sarah proudly represents the secular community as a Co-Chair on the Democratic National Committee’s (DNC) Interfaith Council. Click here to email Sarah. 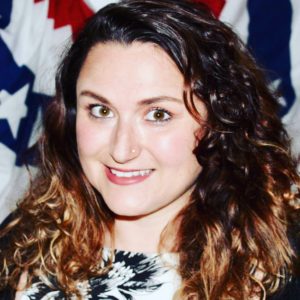 Nicole Klein Knight, National Coordinator, Jews for a Secular Democracy (JFASD)
Nicole Klein Knight is a second-term State Representative who serves on the Criminal Justice Committee in the State of New Hampshire. She is the Floor Leader for the Progressive Caucus and Secretary for the Young Democrats Caucus. Nicole co-founded the Never Again New Hampshire chapter in 2019. She centers her legislation and advocacy with the immigrant community, incarcerated community, minor’s protective rights, sex worker rights, substance user rehabilitation, and the houseless community among others. Her first year in office she passed a bipartisan voting rights law for the formerly incarcerated. Rep. Klein Knight is looking to the future and is passionate about increasing mental health infrastructure services and further representing the young people’s needs in New Hampshire. Before becoming a Public Servant, Nicole worked as the Communications Specialist for a Fortune 500 company. While in college, she had the privilege of being the Jewish Student Intern on the Santa Rosa Community College Campus from 2007 to 2009 where she assisted in Jewish engagement and facilitating events. After transferring to California College of the Arts where she received a BFA, she took a year to travel and live in Thailand.  She is proud to have had her Bat Mitzvah teacher, who later became her Cantor, marry her and her husband in the beautiful woods of New England in October 2018. Click here to email Nicole.