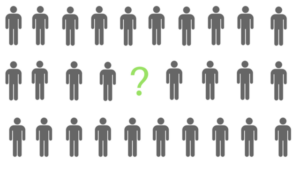 Below are some of the most Frequently Asked Questions (FAQs) we receive at the Society for Humanistic Judaism.

1. What is Secular Humanistic Judaism?
Secular Humanistic Judaism is a movement within Judaism and one of five recognized Jewish denominations. It combines Jewish meaning and culture with a human-centered philosophy of life. It defines Judaism as the historical and cultural experience of the Jewish people while affirming that people are independent of supernatural authority and responsible for themselves and their behavior.

2. How can someone be Jewish without believing in God?
Being Jewish was never just about religion. Judaism emerged from a tribal people thousands of years ago and Jewish identity remains a consequence of ancestry or choice. Membership in the Jewish people is not a function of belief; it is a function of identification, connection, and loyalty.

3. Why call Humanistic Jewish practices “Judaism”?
Judaism is the evolving culture of the Jewish people. Over time, in response to historic events, people’s needs, and the surrounding culture, the practices of Judaism have changed. There is no single way to be Jewish. Humanistic Judaism is a dynamic contemporary alternative that reflects what most Jews really believe. Pluralism in Jewish life enriches Judaism and enables a stronger, more inclusive Jewish community.

4. Why is Humanistic Judaism a separate movement?
One feature that distinguishes Humanistic Judaism from other movements that identify humanistic themes in Judaism is our resolve to create a consistency between our philosophy and our liturgy (saying what we believe and believing what we say and do). Humanistic Jewish celebrations, ceremonies, and commemorations use human-centered, non-theistic language. The words we say and the songs we sing follow this guideline, which we consider to be a message of our integrity. Our view of Judaism as a culture also allows us to embrace the celebration of other cultures without fear that a Jewish “truth” will somehow be subsumed; therefore, all our clergy officiate at interfaith/intercultural weddings, and other life-cycle events can include the full celebration of all of a family’s cultures.

6. If Humanistic Jews are not religious in a traditional sense, why have rabbis?
A rabbi is a leader and teacher of Jewish people, someone who is knowledgeable about Jewish history and ceremony. We choose to be part of the larger Jewish community and ordaining trained humanistic rabbis helps us to participate fully in Jewish communal life. 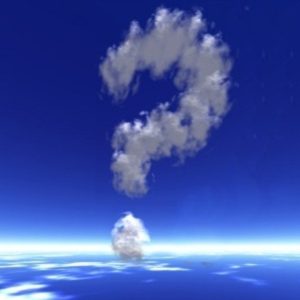 9. If Humanistic Jews don’t pray, what do they do?
Humanistic Jews celebrate our Jewish identity and find meaning in Jewish rituals, learning, tikkun olam (social justice), and community. We use poetry and prose to express that connection. We sing Jewish songs in English, Hebrew, and Yiddish. We use materials that encourage reflection and meditation. We celebrate the historic, human, and natural bases for Jewish holidays and mark the passages of life with ceremonies that reflect both Jewish culture and our humanistic values.

10. Can someone convert to Humanistic Judaism?
Yes, however we do not call it conversion; when being Jewish is defined as the historical and cultural experience of the Jewish people, an individual does not have to “convert”/“give up” who they are to add Jewish identity to their self-definition. We define a Jew as someone who identifies with the history, culture and future of the Jewish people. If a person would like to participate in the Jewish experience, they can adopt Judaism and join a Humanistic Jewish community or the Society for Humanistic Judaism, and we will in turn adopt you into our extended family.

11. If someone is a humanist, why bother with Judaism at all?
Judaism as a culture, a heritage, a wisdom tradition, a community, and/or a personal identity adds meaning to people’s lives, beyond just being a humanist. We are all curious to know who we are, to discover our roots and establish connections, to learn and celebrate. Culture adds interest to our lives, whether it be ritual, music, literature, art, dance, or food.

13. Is not all Judaism humanistic?
Some of Judaism is humanistic, although not all of it is. The confusion is usually around the differences between humanitarianism and humanism. Humanism is the reliance on people to solve human problems. Humanism includes humanitarianism, which is the act of promoting human welfare and social reform.