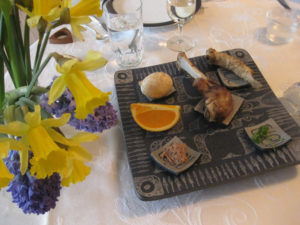 Passover, which begins on the evening preceding the fifteenth day of the Hebrew month of Nissan, is the great spring celebration of the Jewish people. Passover began as a nature holiday, celebrating new life and became the commemoration of the  legend of the biblical exodus and escape from slavery in ancient Egypt. The celebration traditionally lasts seven days, beginning with a seder, (meaning “order,” as in the order of events at the Passover dinner), which is a gathering of family and friends for a holiday meal.

Humanistic Judaism views the exodus story as a foundational myth of the Jewish people — a tale that relates the courage and determination of a people fleeing slavery for freedom. A Humanistic Passover celebrates the quest for freedom in ancient times, in recent memory, and today.

How is a Humanistic Jewish seder different from all other seders? Click to learn more.