Jews for a Secular Democracy 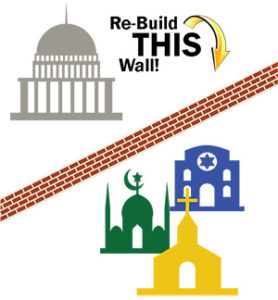 Jews for a Secular Democracy is a pluralistic initiative of the Society for Humanistic Judaism, working to counter the influence of religion on government policy by galvanizing the Jewish community to defend the separation of church and state.

Why a Jewish Initiative?

Jews have benefited greatly from secular democracy, leading to success in America unprecedented in Diaspora history. Jews therefore have a moral responsibility as a historically-persecuted minority, to ensure that all others have the same freedoms we’ve enjoyed.

Jews for a Secular Democracy draws upon Jewish history and teaching to advocate for a civil society that provides equality for people of all backgrounds and beliefs, including:

Join your voice with ours by visiting the Jews for a Secular Democracy website here.