Yom HaZikaron (Day of Remembrance) is the day set aside to commemorate those who have died fighting for the State of Israel. It occurs the 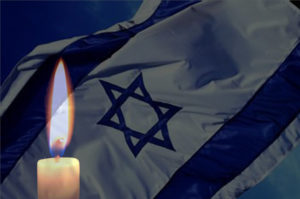 day before Israel Independence Day and is observed at 8 pm when a siren blows for one minute. Everyone in Israel, including those driving on the streets, ceases what they are doing to pay tribute to those who lost their lives defending Israel.