DONATE
Blog
Home Blog A review of Am Yisrael High: The Story of Jews and Cannabis

A review of Am Yisrael High: The Story of Jews and Cannabis

This is a guest post by Rabbi Jessica Lenza, also known as @therebelrabbi, who lives in Manhattan and offers custom Jewish experiences and irreverent content for people all over the world. 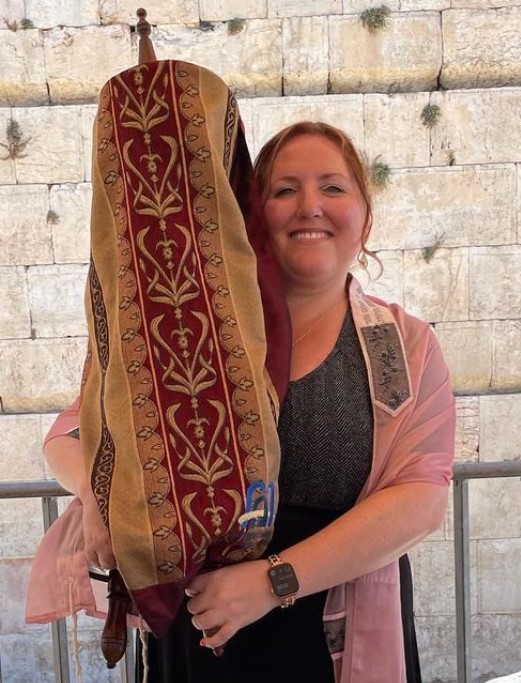 You could have easily mistaken the line winding to the end of the block for a Phish show rather than a panel discussion. But this wasn’t your ordinary panel discussion. We were there to hear experts reflect on the millennia-long relationship the Chosen People have had with the Righteous Bush. The Devil’s Lettuce. Weed. This tie-dye-clad group of people were attending the opening of the Am Yisrael High: Jews and Cannabis exhibit at the YIVO Institute and we were not disappointed.

The panel discussion, moderated by Eddy Portnoy, and featuring Ed Rosenthal, Adriana Kertzer, Rabbi/Dr. Yosef Glassman, and Madison Margolin, was informative, thoughtful, and irreverent. That same energy is reflected in the exhibit. A visitor can journey through time to explore ways in which the Jewish people are inextricably connected to cannabis.

From the very beginning, it seems that Jews have viewed cannabis as a tool through which to connect to the Sacred. The Bible refers to a plant called, בשם קנה kaneh bosem, or “fragrant stalk”. While the name of this herb sounds suspiciously like the word “cannabis” it is debatable whether or not these words are connected etymologically. Kaneh bosem was, among other things, an essential ingredient in the sacred incense, Ketoret, burned in the inner sanctum of the Temple. Recently, archaeologists discovered marijuana residue on an ancient Israelite altar in Tel Arad near the Dead Sea which seems to confirm that cannabis was indeed part of this sacred incense, at least in Tel Arad.

Throughout Jewish history cannabis has been unabashedly used as an intoxicant, a medicine, a textile, even as wicks in Shabbat candles. The exhibit also honors the many Members of the Tribe who have advocated for legalization and marijuana related justice issues. Notably, the exhibit points out that this is a select list as there are so many Jewish people involved in the fight to destigmatize cannabis use that it was impossible to include every figure in the display.

One of the most powerful parts of the exhibit is a prominently featured photograph of an infamous antisemitic quote from Richard Nixon. “You know, it’s a funny thing. Every one of the bastards that are out for legalizing marijuana is Jewish. What the Christ is the matter with the Jews, Bob? What is the matter with them? I suppose it is because most of them are psychiatrists.” (President Richard M. Nixon to H. R. “Bob” Haldeman, Oval Office, White House, May 26, 1971). This full wall display reminds us that the fight for the liberation of individuals and of substances is a core aspect to our collective identity.

Whatever we are – partakers, protesters, psychiatrists – this exhibit beautifully celebrates the Jewish people’s sacred relationship to the Sticky Icky. Not to be missed! Am Yisrael High!

Am Yisrael High: The Story of Jews and Cannabis is showing at the YIVO Museum in New York City through the end of 2022.

A Humanistic Mikvah experience?
This Month in Humanistic Judaism – August 2022