This article was published in the Spring 2022 Issue of Humanistic Judaism Magazine. It was written by Del Atwood, who is a member of the Oraynu Congregation for Secular Humanistic Judaism in Toronto, and of the Secular Synagogue online community founded by Rabbi Denise Handlarski. He has worked in the legal profession in Nova Scotia in various capacities for close to 40 years

This essay is written at a moment of escalating tension and conflict.

The Russian invasion of Ukraine revives traumatic memories of earlier wars in Europe and the indelible atrocities that defined them.

The second anniversary of the COVID-19 pandemic has ruptured community solidarity in many countries. Antisemitic and racist violence abounds. Attacks on democratic institutions and the dilution of the rule of law are omnipresent and escalating.

It is not simply that things seem to be deteriorating. There are reliable metrics that prove it. In the World Justice Project Rule of Law Index® 2021, the United States, the UK and Canada all saw their global rankings decline. In the Economist Intelligence Unit Democracy Index 2022, the United States preserved its status as a “flawed democracy” for a fifth year, with decreasing scores in the functioning-of-government and electoral-process-and-pluralism categories.

And some nations—such as Orbán’s Hungary and Duda’s Poland—seem to have abandoned altogether any pretence of democratic aspiration.

What is the role of Humanistic Jews in the struggle to preserve democratic values which might lead to a better future for humanity?

I have found the writing of Yaakov Malkin (1926-2019) very influential in developing a better-world view with a humanist perspective.

As is well known, Malkin was one of the founders of the Secular Humanistic movement in Israel. He was a literary critic, academic lecturer, diplomat, and broadcaster. He believed in the accessibility of education and was one of the first directors of the Mateh Yehuda community college system.

And he was a prolific writer. 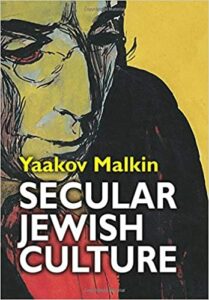 In the books Secular Judaism: Faith, Values and Spirituality, Judaism Without God: Judaism as Culture and Bible as Literature, and Secular Jewish Culture (editor and contributor) he brought his great intellect to bear on a number of enduring questions about the intersection between Judaism, humanism, politics, nationality.

Although he did not live to witness the present upheaval, I think he would have had a lot to offer to help us through it, particularly in the way we respond to challenges to democracy.

The ideal of democracy in government has evolved over the centuries into the form of representative democracy observed most widely in the modern era.

Unfortunately, the term can be distorted and abused opportunistically.

While all but six current national constitutions—Afghanistan, Brunei, Oman, Qatar, Saudi Arabia and the UAE being the exceptions—lay claim to some form of democratic government, the in-name-only phenomenon is alive and well in many.

He believed that it was an integral part of modern humanism:

Humanistic values thus include equality between the sexes and between peoples, freedom of expression and personal autonomy, the duties of the individual toward society and the rights of every individual within society, the obligations of society toward the individual, and democracy as the best possible form of government (emphasis added).

– Judaism Without God? Judaism as Culture and Bible as Literature

In setting out an open-ended charter of Secular Jewish culture, he included as a core tenet:

[b]elief in the principles of democracy, including decision by majority, and safeguarding minorities and their views. (Ibid.) 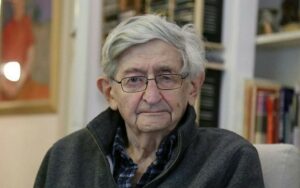 Significantly, Malkin found a source for support of the majority-rule aspect of democracy in Bava Metzia 59a-b and the Talmudic account of the Oven of Akhnai. This text—situated perhaps in folklore, but solid in its ethic—stands for the proposition that the laws must be developed by debating the merits of a question and voting on the outcome, rather than seeking guidance from a supernatural divinity.

Accordingly, Malkin recognized democracy as the best form of government—but that it would work only when government operated separately from any appeal to religion.

Belief in Judaism as culture affects one’s attitude to democracy and the separation of religion and state, and is a determinant factor in policy, humanistic education and choice of Jewish texts. (Ibid.)

There is one more key precept in Malkin’s science of politics: respect for and preservation of minority opinions. Again, he sourced this back to antiquity, in Mishnah Eduyot 1:6 and Rabbi Judah: don’t discard minority beliefs, because they might one day be shown to have been right.

A majority ruling is . . . not the terminus of any dispute, but only a station on the way. The introduction of the temporal criterion legitimizes the reopening of controversies after some time. It also legitimizes a constant review of the body of Halakha, and permits sweeping changes in it from time to time.

And so how would Malkin regard the current state of affairs? With some degree of alarm, I would imagine.

In the United States, the majority of the highest court in the land is dominated by unabashed theocrats who brazenly wade into political issues ordinarily left to the executive and the legislative branches. . . so much for the separation of church and state and the separations of powers.

Ominously, a significant minority of the US electorate hold the unwavering belief, in spite of all evidence to the contrary, that the last national election for head of state was illegitimate. How can we accommodate that kind of a minority judgment or achieve peaceful coexistence with hardened believers in brainwashing?

Further afield, national governments in Hungary and Poland have deployed religious, anti-immigrant, and racist tropes to erode democratic institutions. Even secure and stable Nordic democracies have seen a rise in ultra-right-wing nationalism.

Can authoritarian and autocratic leaders be counted on to reopen themselves to ideals of pluralism, equality and liberty?

However, one might surmise succinctly that he would have been hopeful about the future, given the positive changes that have occurred during the pandemic era, particularly in the way that educational opportunities have expanded.

A decade-and-a-half ago, he voiced his concern about the future of SHJ because of an educational deficit:

– Judaism Without God? Judaism as Culture and Bible as Literature

Since then, much has changed, and for the better.

SHJ has continued its growth in North America and Israel. SHJ leaders such as Rabbis Denise Handlarski, Adam Chalom, Jonathan Cohen, Miriam Jerris, Eva Goldfinger, Jeremy Kridel, Tzemah Yoreh and many others have overcome the hurdles posed by the pandemic to engage inquiring minds through virtual learning. The significance of this reform was the subject of an online event organized by the Oraynu Congregation in Toronto on 27 February 2022 as this-year’s Davida Glazer Memorial Program: “Humanistic Judaism After COVID: Impact, Challenges and Opportunities.”

Humanistic and humanist-sympathetic organizations and organizers have advanced apace. Jews for a Secular Democracy, Jewish Currents, the Workers Circle, and The Forward have expanded their online outreach. The well-known Judaism Unbound podcast has just inaugurated a new virtual-learning project, the UnYeshiva, which includes a track, Being a Secular Jew with Tova Birnbaum.

There is one other encouraging sign that, I think, would have given Yaakov Malkin hope for the future of human progress and the democratic project. That would be the continuing progress of scientific knowledge. Malkin saw productivity in the arts, scholarship, and especially science, as representing a secular response to Judaism and human life in general. The freedom implicit in the scientific method to inquire, doubt, challenge, observe, explore and debate is as much a social activity as a technical one (see Marc Swetlitz’s excellent essay “Science as a Value Within Humanistic Judaism” Humanistic Judaism Magazine (Fall 2019)). Scientific progress—of the kind that promotes human development, wellness and knowledge—is a good measure of democratic health. In the past year, science has brought about the rapid development of pandemic-curtailing vaccines, led to the discovery of amazing renewable energy sources, and brought us to the brink of observing the first moments of the physical universe, to mention a few.

I am convinced that Yaakov Malkin would write with guarded optimism about humanity today. And I find encouragement in that.