This is a guest post by Rabbi Jeffrey Falick of The Birmingham Temple Congregation for Humanistic Judaism in Farmington Hills, Michigan.

With the Thanksgiving-Chrismukkah season upon us and very few safe activities to occupy us, it’s time to turn to some good books. What better time to make my recommendations than November which is Jewish Book Month?

We, the People of the Book, have produced an impressive list of masterpieces and less-than-masterpieces over the years. So while we’re waiting for Pfizer and Moderna to do their magic, here’s my personal list (in author alphabetical order) of six works of Jewish fiction. The titles are links to that big company that sells books. 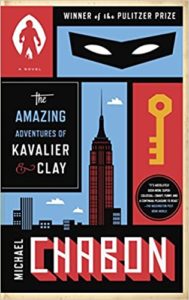 Ostensibly about the origin of the American comic book industry, this Pulitzer Prize-winning novel is really about how Jewish immigrants transformed popular culture in their adopted land. Along the way, they draw upon European Jewish traditions, American Jewish icons, and their own imaginations, putting their creation to work fighting fascism at home and abroad.

Rebecca Goldstein, 36 Arguments for the Existence of God: A Work of Fiction (2010)

Dr. Goldstein, a philosopher and Spinoza expert, put her story telling skills to good use with this story of an American Jewish atheist professor of psychology whose own book on religion becomes a hit. As we explore his life story we also encounter the influences, from the academic to the Hasidic, that lead his admirers to call him “an atheist with a soul.” The book also has an index with the actual 36 arguments which are a lot of fun to read.

A recent selection of our BT Book Group (and also winner of a National Jewish Book Award) this is a beautiful historical novel about the incipient Jewish community of 17th century London. The Spanish and Portuguese Jews, recently of Holland, are forced to navigate a strange land from which Jews have been absent since the 13th century expulsion. Written as a dual narrative, Kadish also tells the story of two modern London academics whose discovery of a trove of letters reveals a young woman from that earlier time, a skeptic who corresponds with none other than Benedict Spinoza. 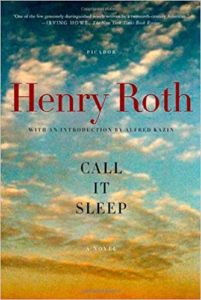 This renowned coming-of-age story of New York Jewish immigrants on the Lower East Side was little noticed when it was released. It took decades before it was regarded as a towering work of American literature. The New Yorker called it “… arguably the most distinguished work of fiction ever written about immigrant life.” Irving Howe for The New York Times Book Review called it “… one of the few genuinely distinguished novels written by a twentieth-century American.” The book is amazing.

One of the greatest Jewish role models for skepticism is called by the Talmud “the Other.” But Rabbi Elisha Ben Avuya did have a name and Rabbi Steinberg brought his story renewed life with this historical novel of Roman-era Palestine. It remains one of the best Jewish books of the modern age, salvaging the story of a rabbi who continues to inspire this Humanistic Jew two millennia after his death.

Released in time for our own millennium, Israeli author Yehoshua tells the story of a Sephardic Jewish merchant’s encounter with the nascent Ashkenazi community of France and the Rhineland. Yehoshua explores conflicts that would disturb Sephardic – Ashkenazi relations for centuries, many that were influenced by the values of their host countries, including the battle over Ashkenazic insistence upon monogamy.

What Humanistic Judaism’s Mission Means To Me
Hanukkah History Lessons